How Often Do Huskies Bark? Find Out Why Their Different

Even though we love their clear almond-shaped eyes, erect triangular ears, and thickly furred double coat, most of us know very little about Siberian Huskies. Huskies, although are wolf-like when it comes to appearance but are indeed all dog. A lot of people do wonder do Huskies bark or do they just howl? Huskies act differently than other dog breeds in this department. We talk about this in-depth below.

Another common misconception people have about them is that they do not bark but howl. Again, thanks to their wolf-like appearance. However, this misconception is not entirely false as Huskies do, in fact, howl. They tend to howl more than they tend to bark.

The reason behind this is that barking is a territorial act and Huskies are not necessarily a territorial breed. Let us not forget that barking is only one type of vocal communication method used by dogs. This is one of the main reasons why they make terrible guard dogs. They are unlikely to bark at strangers as they simply do not have the instinct to do so.

They definitely prefer howling more as it is more comfortable for them, unlike making short sharp sounds as done while barking. Moreover, howling is in their nature; they do learn how to bark over time but continue to stick to howling.

Huskies are generally pretty quiet dogs. Despite all of this, they can be vocal at times by howling. Howling is a behavior deeply rooted in their genes. They evolved with howling as their main form of communication, so they continue to use it today.

Now let us talk about when they bark. Some Huskies bark a lot when they are excited to see you but again, it is not very common. It is more common for Huskies to portray their excitement by running around like crazy. They can do so without vocalizing it via barking or howling.

Sometimes, for example, if you forget to feed your Husky, you are much more likely to hear whining or howling rather than barking. While some Huskies do bark, it is rare. It is much more possible for you to have a Husky that never barks.

You may wonder, if your Husky barks, is there something you should be worried about? Fortunately, there is nothing wrong with your Husky if it does not howl or bark.

All we know is that the latter is more common. While howling and talking are the usual way Huskies communicate, there will always be some Huskies that do not use these methods. After all, every Husky has its own personality.

When Barking Becomes a Problem

Let us talk about the cases where barking might be a problem. When your Husky barks, there is a great possibility that it is scared or spooked by something. It is common for all dogs and not just Huskies to get spooked by things that they hear or think they hear.

Barking will be a response that is different from their usual communication. It will be different because they are trying to tell you something different.

Huskies also tend to bark when they

desperately need to go out. For example when they need to pee or there is a sudden desperate need for something. Leaving your Husky alone for many hours at a time could lead to them feeling lonely and even developing separation anxiety.

Barking may be their cry for attention or help. Always take note of the situations and what has happened leading up to the moment your Husky starts barking.

It can be difficult to identify problems, so if you notice your Husky start to bark, take note of the situation, body language, routine, etc. Write everything down so you can refer to it later on.

If it is a problem, over time you will be able to pinpoint what is causing it and deal with it. By writing notes down every time your Husky barks, you will pick up on any patterns or triggers.

A Huskies Need For Freedom

Now that we have settled on the fact that Huskies do not exactly bark enough for someone to get annoyed with it. It can still not be the least of the owner’s problems as they have vigorous exercise requirements.

You cannot expect a Husky breed to just be a casual puppy. They demand things to do which leaves you with only two options. Either you find exercise regimes for them to follow or they will create a path for themselves.

The Husky breeds most famous task a number of decades ago was to run all day pulling a sled. They would run away if their leash is loose because of such nature. Simply put they should never be allowed unrestrained freedom for their own protection. This is due to their breed; they love to run away every now and then.

Because they are such an active breed, these amazing breeds require regular exercise. Their strong desire to run was endowed by their heritage.

It is essential for the proper development of a Siberian Husky, as you cannot expect such an active breed to sit in a confined area all day howling.

They are even known to bark or let us consider howling when they are bored. They can have aggressive behavior and will cause destruction if they do not receive the proper attention or they do not get enough exercise.

Their nature is to escape your yard for adventure, they are escape artists. They will chase after animals and possess a strong instinctive mind of its own and not forgetting the heavy shedding. All this requires a confident owner and with all that summed up, it can be quite a hassle. But they are very cute and an amazing breed, so there is that.

The Howling and Barking

Huskies are more likely to chirp and howl rather than bark like a normal dog. You as its owner will probably never get annoyed by it, the same cannot be said for your neighbors though.

You need to know that quite obviously you cannot eliminate it as it is their preferred method of communicating. Although you can minimize the frequency of a Siberian Husky barking by carefully training them not to disturb your neighbors.

As he barks continuously, he gives a command in a firm tone and maintains eye contact. Do not yell or shout as he will take it as a human bark. Do not throw attention to him and be assertive, do not lose your cool and be dominant. He will consider doing it less often as time passes.

The thing is that it is not very common for a Husky to bark, so when they do it is quite likely that something is wrong. Which can be a result of loneliness, stress, and even anxiety. If he stops after you are done catering to their needs, then he probably only needed your attention.

But if he continues, you have to get up and check what is going on. If you love dogs and do not live under a rock, you will have noticed Huskies howling at sirens, at a human baby’s cry, or even howling when a musical instrument is played.

Hence why it may not be the best idea to play the harmonica in front of your Husky. Unless you want your pet to sing along in a considerably loud voice.

You can even get your hairy friend a different variety of toys for him to be busy with. Huskies are smart and playful which is why an engaging puzzle and movement-based toys will be a great addition. You can also put a rubber bear in his mouth that will definitely minimize the howling and your neighbors will thank you for it.

Huskies are a very ancient breed that are a friendly and outgoing breed. They get along pretty well with a family environment and will let you know about a situation that they are not exactly a fan of. Huskies are very active and are very similar to wolves in appearance.

Do their distinguishing features separate them from the pack, a dog that howls more than it barks? I would say they do. Dogs have a lot of characteristics and traits for people to cherish their presence and fall in love with them.

Their actions are cute, and everyone appreciates their presence unless you are allergic to dogs. They are definitely one of the cutest things on the planet according to an estimated amount of 1 billion dog owners. If their way of communication is unbearable for you, you have another thing coming, as barking would be the least of your problems.

Huskies are very cute and head-turners, you have to admire their unique look whether you are a dog person or not. They require your attention and supervision during different scenarios in life. They can be a handful, but they are more than worth it!

Do Huskies Shed? Is it really that bad?

How Much Do Dobermans Shed?

Do Beagles Shed? If so, How much?

Do Huskies Shed? Is it really that bad? 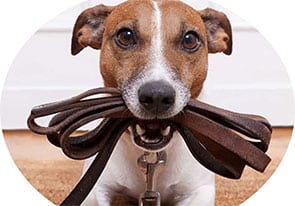 Like all of you, we all love our fur babies! We have had people come to us asking for advice on everything from potty training puppies to getting their pets to be more outgoing. We created this website in hopes that our tips, tricks and advice will help others along their pet journey.

As most of us feel, our dogs are not just pets, they are FAMILY!

All published articles on DogAdviceCenter.com are meant for informational purposes only and are not intended to give veterinary advice. Please consult a licensed veterinarian for medical advice.

This website uses cookies to improve your experience. We'll assume you're ok with this, but you can opt-out if you wish. Accept Read More